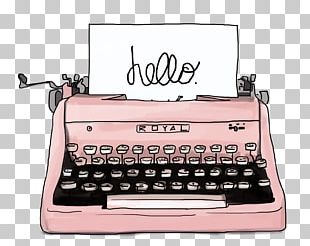 I guess it's time to go for the jugular.

No two ways about it.

So, here are my current blogs so far:

2. Archaeologist of the Soul
Loving God above all

3. Marketers Unite
Marketers helping each other

4. FREE Members Earn
Earn cash and credits from these sites

6. Baby Jack-Jack
The magic of Jack-Jack

11. Leap in Income
Crypto for the world

12. Coffee Traffic Exchange
A break from the usual grind

13. The Work Objective
How to work, under the Grace and Guidance of God

14. Many Ways to be Kind
A blog on being kind

15. Persistent Kamote
Survival skills in the time of covid

18. Just Write Will Ya
A blog for all my blogs

Eighteen sections of my brain.

I wonder what Spirit and I will create next?

You know that show (which I never watched), "All My Children"?

Well, all my blogs are all my children.

Now I feel like a hog, giving birth to that many.

And yes, I hug them all, close to my heart.

In my ancient writing days, those were the words I'd type, to test a typewriter I needed to become familiar with.

"The quick brown fox jumped over the lazy dog."

From a portable typewriter, I shifted to a Canon battery-operated typewriter I bought from a friend.

It had a tiny window on it, where you can see what words you're typing.

Then, when I became managing editor at the American Chamber of Commerce of the Philippines, Inc., I started using the crisp, and bigger, electric-run IBM Selectric.

Even writers morph, you know.

Then I took a short-term certification course on DOS, and started learning about computers.

I took other jobs.

Became an entrepreneur, and started selling and marketing, designing and merchandising.

But the quick brown fox was born a writer, so I'd go back to writing every so often, and yes, still testing computers with those words.

"The quick brown fox jumped over the lazy dog."

And now, I research about those words, and find something really cool.

It's always cool to know the history of things.

And here's what I found.

You see, the learning never stops.

For as long as we're breathing, and we're interested in learning, we just open our minds and hearts to such.

I don't test how fast I type.

I suppose I'm fast enough, judging by the volume of blogs and posts I've written.

Not including the everyday online marketing and pitching I do.

Oh, I better tell you how I learned to type as a child.

Promise not to laugh.

Papa had this two-volume Webster's dictionary.

I saw an illustration of the typewriter keys.

I pretended to type on those, and when my father got me a real typewriter -- for I had become his "secretary" -- the learning curve was smooth.

God created me that way.

It took root in me.

And now, it cannot be weeded out.

Email ThisBlogThis!Share to TwitterShare to FacebookShare to Pinterest
Labels: Holy Spirit of God, On Learning How to Write, Typewriters and Computers 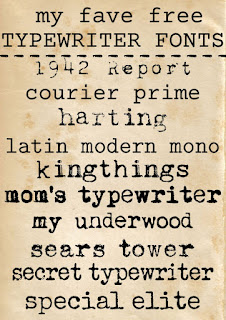 Just like every other kid, we all started writing when someone gave us a pencil, and some paper.

Before my brothers and I got to Kindergarten, we had a tutor.

Papa gave us a sturdy green table with matching chairs, and we were tutored by by a lady called Fely, I think.

You know what they say about your lingering memories having to do with scent?

Well, I can remember the scent of freshly-sharpened pencils, and the crisp way it touched the surface of the paper as we all wrote.

Teacher Fely was kind, and I don't believe she rapped our knuckles at that age.

She couldn't rap me anyway.

I so loved sitting down, and doodling.

Boys, being boys, they didn't care for writing.

I was the only nut who did.

I must have loved it so much, that throughout my High School years, I was called upon to be Secretary of the class.

That was fun enough, but I enjoyed mostly being the "mail woman", wherein letters (remember, this was pre-digital days) where dropped in those wooden boxes where we secretaries would pick up the Class Record (a tiny book) from the Principal's office.

Soon as I'd enter the classroom, and start waving the letters, everyone would perk up, anticipating their name to be called.

The lucky ones would elicit such squeals of laughter, teasing, giggling, and delight.

That was my first taste of power, evil child that I was.

Papa, being a busy doctor, also asked I help him with his bookkeeping.

It seems, the trigger was to be told I had nice penmanship, so could I please help him?

I did, and got bored writing numbers from receipts, onto ledgers.

Still, Papa would keep us busy -- especially me -- during summer vacation.

Where all my cousins, classmates, and friends would be out enjoying themselves in the sun and all that, I'd be cooped up inside the house, writing.

Papa wanted us to have good penmanship.

So, where teachers would punish you when you're naughty, and make you write the same sentence endlessly on the board ( I tried that once, btw), Papa thought it was a productive way to spend summer.

And we had to show him our repetitive exercise when he'd come home from work.

Did it make my penmanship any better?

Did it make me want to write?

I started writing in High School, because I love reading books, and my lonely childhood made me dream my days away.

From reading came writing, and I found I particularly loved essays.

I also started enjoying writing because my English teacher believed in me.

No one wanted to de-code Shakespeare, and oftentimes, as everyone avoided her gaze, she'd lock on to me, raise an eyebrow, and ask me to de-code the Bard.

Beats me, but of course, I had to come up with something.

She liked my essays, though, and she played a big role in developing my love for writing.

Sometimes, all you need is someone to believe in you, and think you're good enough, that you can cut it.

Well, she gave me high grades in my compositions, and English and Social Studies became my favorite subjects.

There was a rhythm to it all.

Mrs. Hernandez, my beloved English teacher, would give us a "theme", and I'd be off!

When I got older, all I needed was a "word", and I'd write volumes.

When I got even older, all I needed was an image, and boy, that got my writing going like crazy, so much so, that on every blog post, on all my blogs, there had to be a fitting image which my mind found acceptable.

It had to excite my writing coconut.

Like the ones you see on this blog, for one.

Writing seemed to like me, too, and I think, I'll share a bit of what kind of jobs I got as a writer, even without the blessing of my father, who made me take up Architecture instead.

But you see, you can't take away writing from a writer.

And yes, I found that writers have a bit of drama in them.

Our words have to leap out of pages.

Or, at least, that's what I think.

Worked for me, I tell ya.

Email ThisBlogThis!Share to TwitterShare to FacebookShare to Pinterest
Labels: Beginning to Write

The Blog For All My Blogs 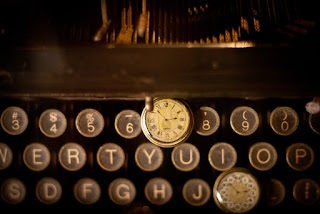 I can't not write.

I was born to write.

I have much to say.

Maybe not everyone will care to hear what I want to say, but that's alright.

I create my blogs to "document" my own thinking and discoveries.

It's an internal pursuit, without which I'd probably go nuts.

So, I create blogs, right and left.

I have blogs on spirituality, FREE advertising, marketing, my books, design, survival skills, and only God knows what else I'll be creating.

How am I able to manage all my blogs?

I just write, as Spirit urges me to.

We have much to talk about, and to share.

I haven't counted my blogs, as yet.

But I will, soon as I get this first post in, of another blog I've created -- Just Write Will Ya -- the one you're reading now.

Writing comes easily to me.

Words are my toys.

Oh, the stuff I could teach you, should you wish to blog, too!

I keep things simple, and manageable.

That's how I get all my blogs done.

Each blog is probably a facet of my brain and interest.

And I do have many varied interests.

And yes, I love teaching, too.

The student becomes teacher, and a student all the time.

Life is about learning, and sharing.

I so love what I do that even if no one reads my blogs, I'd still be at it.

So, that makes me continue.

Spirit and I really have so much to do together!

If you work with the Holy Spirit, as I do, you'll find yourself brimming with ideas -- non-stop.

It's a wonderful life working with the Holy Spirit of God.

How dare I lay claim I work with the HS of God?

Ah, you gotta read this, then.

Because I love to write, and I have so many blogs already, I figure, I better create a blog for all my blogs, thus, Just Write Will Ya.

It's a way for me to find my work, haha.

It's a personal map.

Perhaps, you can also create your own blog on whatever you care about.

Don't be afraid to experiment, or make mistakes.

I'm my own best critic.

Writing is personal enjoyment for me.

Words are my toys, so when I'm writing, I'm playing.

I'm sure you're an expert in many things.

Just go for whatever makes your heart sing, and your body dance.

Writing is my favorite cup of tea.

This is my art form -- among others.

What tickles your soul?

"Elihoreph and Ahiah, the sons of Shisha, scribes; Jehoshaphat the son of Ahilud, the recorder."